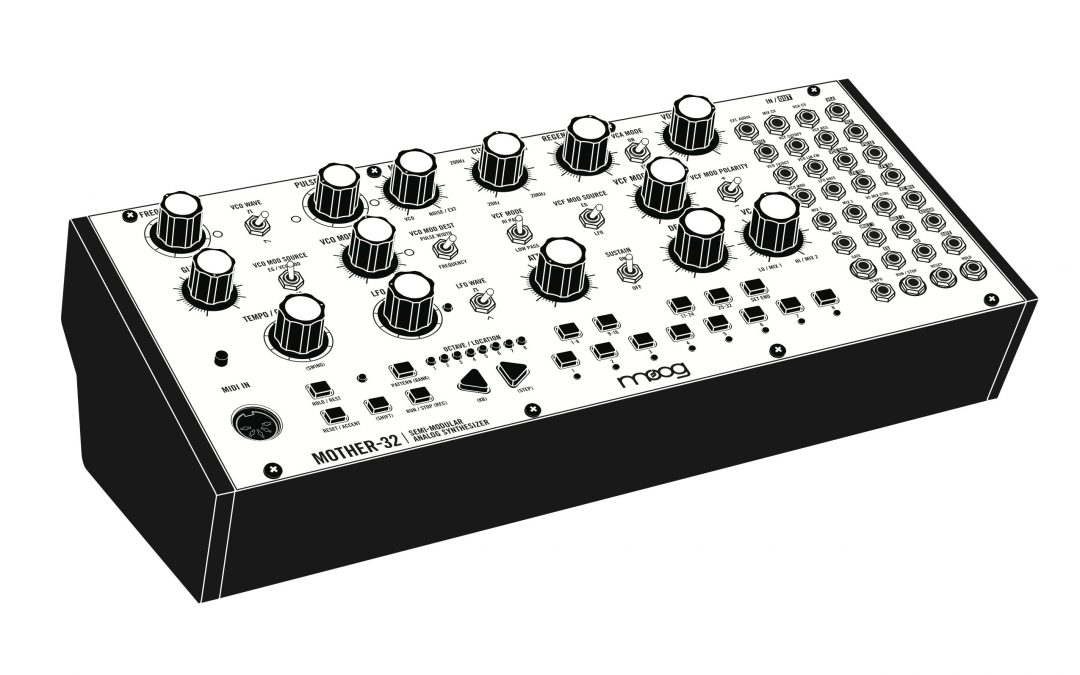 If you’re new here, I invite you to learn about the songwriting project first, then start with Day 1 of this song or go back to yesterday.

Otherwise, keep reading to learn what I did for today’s songwriting…

Listening Back and Setting Today’s Goals

The first thing I do is wake up and listen back to the Chorus. After yesterday, it’s now a recording of a live analog Synth Bass, instead of a processed digital MIDI synth. It sounds awesome! I love what it has become.

The richness of the live, analog synth being played like a real instrument is so much greater than the software version of a similar synth. Even though it’s been great to draft and edit the Synth MIDI data in software, it’s much better to perform on the analog synth.

I’m dancing around like crazy. But, there is still a lot of work to finish this song. It definitely won’t be done today without a miracle, and I also don’t feel like I slept long enough to fully focus…

Just a note to myself for the future: the Chorus may not be *note perfect* but DAMN it makes you FUCKING DANCE I mean it literally made you break down in tears because of how much goosebumps you had, how deeply happy it made you feel, how satisfied with life. You might need to keep polishing it but you don’t need to change or improve it because I’m fucking telling you, it is making you DANCE YOUR ASS OFF today.

Playing with the Mother-32 Synth

It’s slightly tempting to just listen on loop to the Chorus (and make tiny, insignificant changes) over and over, but I remember from working on the last song that it’s better not to keep listening to what’s “already good.”

Instead, I should focus on the biggest problems with the song. I’m definitely feeling a little stuck on the Verse ideas right now, but it’s ok. The 10-day deadline I’ve set is purely artificial.

Sound-design wise, I stumbled across something cool: putting the original software Bass synth “underneath” the analog, live Mother-32 bass. They are playing exactly the same notes, but with a slightly different tone. The digital bass provides more of a consistent “sub-bass” while the analog Mother-32 sound morphs around on top of it.

I think this combination will help tie the bass sound together and make the low-end throb even fatter and thicker. I might keep it throughout the song, or save it for use at clutch moments. We’ll see.

Past that, I’m feeling completely stuck, so I take a few hours off. When I come back, it’s still the Chorus I’m attracted to.

Coming Up With a Synth Solo

I try something new and RIP a solo with the Mother-32 and my keyboard, and holy damn. Mixing in some Glide (portamento) and delay makes it sound epic. I don’t know if I can keep it in the song… maybe. But certainly in a live performance context it would make such a sick extended jam.

There is such an ocean of potential here. I mean it’s absolutely incredible sounding as I mess with the Glide and Low-Pass Filter controls on the Mother-32 and just jam… it makes me want to play this song at a music festival on a giant stage with a huge rack of Marshall amplifiers behind me.

Maybe I can use this as an outro solo and remove the lyrics from the chorus for that part? (Note from the future: This is exactly what I did in the end.)

It’s just hard to move away from this Chorus. It’s so cool sounding and makes me dance so much. Seriously, you’re missing out. I’m the only person in the world who gets to hear it so far.

The problem is, I’m getting stuck running through the same loop over and over.

Frustration and Fitting Ideas Together

Even though I love my main loop, I’m starting to feel a little frustrated!!

Will I have to throw most of these good ideas out the window just to make the song “work” and fit together? What should I be working on right now??

I’m getting a little impatient, not knowing what to do next. And there’s no Google search or YouTube video that can tell me, either.

I’m coming up with all these different Verse ideas but they all seem weak. This article on developing a Verse from a Chorus has been really helpful and inspirational though.

I don’t want to disappoint this awesome Chorus with a weak Verse, Bridge, or Song Structure. Actually, this sums up exactly how I feel. I’m afraid of “ruining” the Chorus with my other ideas.

Still, that’s just a fear. So now I’m pushing myself to mess with more concepts for the verse, using a blend of of piano and bass improvisation and deep thinking. I’m also using my voice to improvise possible vocal phrases that I could use later.

Bit by bit I’m getting somewhere. Now I have a new 2nd Bassline that I like better than most of my other ideas so far. Still, I’m not in love with this new sound (yet?). Still, I’m giving it a chance. I tweak it for more character and clarity, and I like it a little better. Still, not exactly an example of artistic excellence…

I suppose I’ll never like it quite as much as the Chorus, not matter what I do - right? I’ll keep at it, but the true test might be how I feel about the sound tomorrow.

Why the Moog Mother-32 Synthesizer Is So Awesome

One thing I am really excited about though, the bass sounds for this track, and programming the Mother-32.

I think I’m going to do a (slightly) different bass sound for each Chorus - using the thick, organic, tactile sound of the Mother to subtly influence the emotional character of each Chorus as the song builds up. It’s such a great instrument.

What an incredibly musical synthesizer is what pounds through my head whenever I’m playing it. Every time I look at it, it just makes me feel happy and excited.

The bass sounds amazing when I turn up my system. And (especially when it’s loud), just barely tweaking a knob or two can totally transform the character of the sound… but it all sounds so awesome. And that’s saying nothing of the lead sounds I can get from it.

This synth is what gave me the daydream of becoming a Moog-sponsored artist (shameless plug). A man can dream. Don’t know why I’m rambling so long about it right now. It just makes me happy.

Anyway, back to the song itself. Structurally, it might be interesting to cut between Verse and Chorus at unexpected points (earlier or later than naturally expected). I’m not sure, but it does sound kinda cool when I play with it right now.

The trick for the verse is to keep it static, stationary. I took the first bar of the Chorus and just looped it with different drums (but still in half-time) to get the original idea.

Make the verses short. This solves almost all my problems at once. The energy builds up and releases the way I wanted. The only problem is that the song is very “similar” all the way through, but maybe that will be OK.

I need Verse lyrics. But I think I got the core idea for the music. Out of all the ideas I’ve had so far for verses (probably 8 different concepts by this point), good and bad, cool-sounding or stupid-sounding - this is the first idea that begs for the Chorus to hit, just like it’s supposed to.

That’s something new I’ve learned tonight, now 5:30 AM. How do I know? Well, I got up to get coffee while I left the Verse playing - and my body and mind just kept going, “WHEN is the Chorus gonna drop?” That’s the first time any of the Verse ideas have made me feel that sense of energy.

That’s it for tonight. Click for more songwriting and production tomorrow…