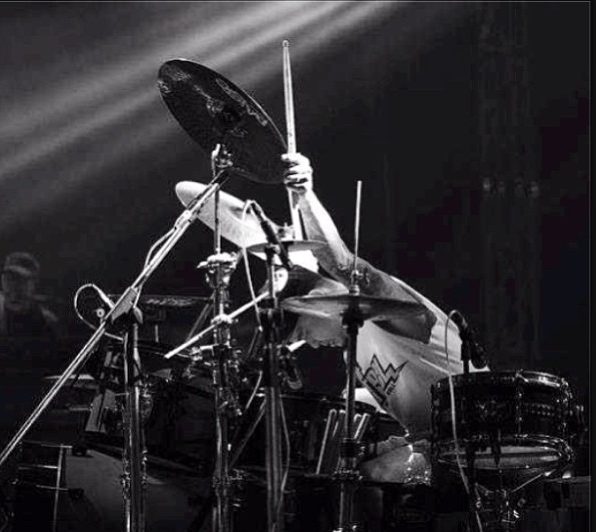 Today marks the sixth day of my 10-song producing marathon, designed to help me overcome my Finisher’s Block and write some songs again.

If you’re just joining, please check out yesterday’s work - or better yet, Day One - to catch up.

You may realize that I will not be finishing this song (“Lost in the Wind“) within 7 days as I hoped to. That’s OK, I’ve been working hard every day, and learning like crazy (and having fun!)

Next song, everything will be more familiar and the process will go faster. Also, because I was so involved in making the music, I completed this article several days after it happened.

Adding Energy to the Song with Drums

Today I pushed forth on programming my electronic drum tracks in Ableton Live and Native Instrument’s Battery 4.

To kick things into a higher energy level, I wrote in some cool snare fills for transition points. I also added some extra snares in the Chorus for more energy.

Another obvious improvement was to add a few simple crash cymbal hits at major transition points (for example, from Verse to Chorus).

From there I started to liven up the drums in the 1st and 2nd verse. I made them more dynamic and human, with more hand-written variation in the pattern.

This was important because the original drum sound started to get very dull after two copy-pasted sets of drum loops. So, making subtle alterations to each loop by hand is the next thing I came up with.

I could do even more here to make the drums more incredible… but in this project I’m focusing on songwriting, not drum programming. So let’s move forward.

The improvements to the drum tracks really made a big change to the overall structure and energy of the song.

I feel good enough about the transitions between song sections for now. I’ve used the drums, bass, vocals, and instrumentation to set up the key moments as best as I can.

I want to finish this song! I don’t think I should drag things out on the transitions. I’ll probably learn more from writing more songs than from fixating on miniscule details.

Cut Down “Tasks”, Focus On Essentials.

On a similar note, I also realized something important about songwriting. This started with a small realization, and has generalized into a larger insight.

Originally, I thought I would need to build a separate “clean mix” in Ableton for the final version of the song. There wasn’t a specific purpose behind this decision - I just thought I needed to be “more professional” or something.

But today I realized: no matter how useful a cleaner Ableton project is, it’s still no substitute for more songwriting practice.

My goal isn’t to create 10 clean Ableton projects. It is to write and produce 10 new songs.

So, now I think it’s overkill to build a clean final mix - at least for this project. That’s not a skill related to songwriting, and it’s something I can always do later if I really need to. I’m removing it from the to-do list, and it feels good.

There’s so much more to do, but this collection of sounds is really starting to feel like a real song now.

Keep reading! Click here to join me on the next day of recording, which focuses on vocal recording techniques and doing multiple takes…

P.S. Don’t forget to listen to the finished song and leave me a comment - I’d love your feedback!